The Words of Our Mentors: On the Shores of Eternity

“You may see a cup of tea fall off of the table and break into pieces on the floor, but you will never see the cup gather itself back together… I began to wonder what would happen when the universe stopped expanding and began to contract. Would we see broken cups gather themselves up off the floor and jump back onto the table?” – Stephen Hawking, A Brief History of Time

On The Banks of The River

Though the laws of science may not be concerned with the passage of time, most would agree that the river only flows one way.

I have always been infatuated with the concept of the memory palace. I first came into contact with this idea because of the writer Thomas Harris and his dark novels that introduced the world to the infamous Dr. Hannibal Lecter. Harris cites his source for the idea as The Memory Palace of Matteo Ricci, a 1984 historical novel by the writer Johnathan Spence. Ricci was a Jesuit priest, who travelled the world and supposedly introduced the world to the concept of the memory palace in a book he wrote on the art of memory.

As Harris’s Lecter series crept on, so too did his description of thoughts and philosophy of his always fascinating antagonist. From Red Dragon, to Silence, to Hannibal and finally Hannibal Rising, the reader is only ever given increasingly frightening glimpses inside Lecter’s mind; his own personal memory palace being at the center of these dangerous visions.

Some readers may already know, yet some may be wondering what a memory palace is exactly; allow me to explain.

A memory palace is a mental envisioning of one’s own past thoughts and memories. Consider it a museum of your mind, a place to store your memories where you can revisit them, tucked away deep inside your own head. It’s a place you might visit while deep in meditation, and often takes on the look of some place you know well. For Hannibal Lecter this was a literal palace that shared some architectural characteristics with the Palazzo Vecchio in Florence.

For me, it looks something like Calico Basin in Red Rock. Yet other times, depending on my mood, it may look drastically different. Sometimes I dream of a different place. Occasionally I will find myself sitting beside a river, and other times I am carefully picking my way through some reeds to find it, yet I am sure it is there all the same.

A small river, only ever flowing one way.

Somewhere down river, I can hear voices echoing over time.

I can pick out a voice here and there over a gentle breeze. Sometimes a song. But more times than not, the memories that come to me while sitting on the banks of the river are of those who I have lost.

Echoes of souls that sound like whispers on the wind. People I once knew and may not know again.

The subject of discussing mentors can be a sometimes painful one. I think of my grandfather while sitting there, and can feel his influence on me.

I do not know where my own father was for the majority of my upbringing and while that used to bother me in most of my waking hours, I never felt that tension in my grandfather’s presence. It is a strange thing, not a single recording of my grandfather’s voice exists, and yet I will always remember the sound; deep, sometimes gruff or gravely, but always comforting.

Even if only in spirit, I can still feel the weight of his words, his constant encouragement, and undying support.

Mentors Are Often Found Where You Least Expect To Find Them

I can recall arriving at the University of Nevada Las Vegas for the first time. I was a bit overwhelmed. It was the fall of 2016, and walking along the academic mall, I felt lost.

My grandfather had always said just go to college, get the degree, get an education, and the rest will take care of itself. These were a working man’s dreams for his grandson, and having worked blue collar jobs his entire life, he didn’t want to see me “working in the elements” as he might have said.

My grandfather had always said just go to college, get the degree, get an education, and the rest will take care of itself. These were a working man’s dreams for his grandson, and having worked blue collar jobs his entire life, he didn’t want to see me “working in the elements” as he might have said.

(Pictures of my grandfather with his brother Bill, my grandmother, and me)

My grandfather died that spring, and thousands of miles away from home, I was as alone as I was going to get.

It would take until the following fall semester to really find my true passion in life. I was primarily a criminal justice student up to that point, and needing an elective, I decided to take another English course.

I always loved reading and writing, and even released my first novel that summer. A novel that my grandfather promised to read as soon as it was finished. A novel I would have to dedicate to him in spirit, hoping he would have liked it. A novel he never got to read.

Yet I never saw the practical application of studying English, and decided to take what I thought was a “safe bet” major on the road to a law degree or some such thing.

Little did I know that an elective I wasn’t particularly excited about would change not only my views on life, but would lead me to meeting one of the most influential mentors I would encounter in my entire life.

It was a Tuesday evening course called Women Travelers, an English class taught by Dr. Felicia Campbell that focused on studying the often-overlooked role of women both as influential figures in the history of exploration and in literature of the same genre.

Over the next sixteen weeks of the semester, I would become a gradual regular of Dr. Campbell’s office hours. I was fascinated by her, by her stories, by her career and the life she had lived. And I would eventually go out of my way to take every other class she offered, even though it wasn’t necessary to my degree sheet.

Dr. Campbell, by the end of her tenure at UNLV, had taught at the school for almost sixty years (beginning in 1962). She was at the forefront of many movements during her life, was a noted feminist scholar, and brought the study of popular culture to college campuses. By the time I had taken most of her courses, I had learned about literature from various genres, including science fiction, fantasy, crime noir, spies and espionage, mostly places very few other courses dared to go.

And even those who did dare to teach such courses did it on a road Dr. Campbell had paved very nearly by herself.

Dr. Campbell passed away on July 27th, 2020 due to complications surrounding COVID-19. It was one of the biggest shocks of the year for me, and one that I haven’t quite gotten over, even now.

The last time I saw Dr. Campbell was on a Zoom call for what would be my final class with her during the 2020 Spring semester. Despite the dramatic change in settings, Dr. Campbell was still excited to speak with students in each class, and much to my surprise, just after my final presentation, she began to discuss the work I had done.

She had read every thing I had ever written, including both of my novels. She told me (and the class) how much she had enjoyed them, and mentioned to me that since one of my books had to do with the genre of the class, she was thinking of putting on the syllabus of recommended further reading for her class for the following semester.

I felt tears of joy at the thought.

The Meaning of Our Words

The last time I walked off campus was in mid-November of 2020, just after being furloughed from my job for the second time due to the pandemic.

Given that classes were all completely online in what would be my final semester, I knew I would not be coming back for some time, and wanted to take one final walk around. It was a morbid thought, but the first thing that came to mind was you never know which one is going to be your last.

Before Dr. Campbell’s passing, I never gave much credence or thought to the meaning of our words. Sentimentalities such as that never really spent too much time in my mind. Up to that point, I might have agreed with the more pessimistic views of a writer like George R.R. Martin, who often wrote the phrase “words are wind.”

Except on this particular soft autumnal evening, in the hazy indigo light of dusk, I passed the FDH building, and thought about all of the classes Dr. Campbell taught there. A breeze gently brushed the trees, and I could feel the wind running through my hair.

And it dawned on me as I walked between the rustling trees along the academic mall that words are not merely wind.

Our words have weight and meaning, meaning that we may never fully know or comprehend the effects of another person.

Our words, like those of our mentors, cause an endless ripple effect on the river, like a stone skipping endlessly across time.

Though it is not my time to wade into the quiet river just yet, I know that one day I will pass down the knowledge, the words, and the memories, of those who have come before me and of those who have mentored me.

Even now, months after taking my last walk across campus, I am not sure how my words might affect others, but what I can say is this: tread lightly.

What we say today will echo across tomorrow, and tomorrow’s tomorrow.

We can only honor the words of our mentors if we are willing to be a mentor to someone else, in their time of need.

Shane is a content and grant writer for the Love Yourself Foundation. Originally from New Jersey, he has lived in Las Vegas since 2013. A recent graduate of UNLV’s English and Professional Writing program, he is now putting his skills to work wherever they are needed. He also has a degree in Criminal Justice from the College of Southern Nevada, which he hopes explains his love of true crime novels and of all things horror. A constant reader and frequent writer, Shane has two novels currently in publication and a few more on the way, including a book of poetry due this fall. 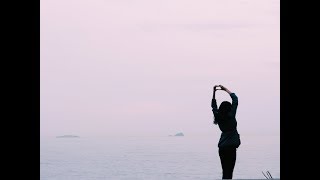 One More Time Around: When are you finished editing?

Mother-Mentor: The Best Guidance In MY World

How Can I Be an Effective Mentor?

Lessons From My Mentors

The Words of Our Mentors: On the Shores of Eternity